Marta Łachacz: who is the intimacy coordinator? 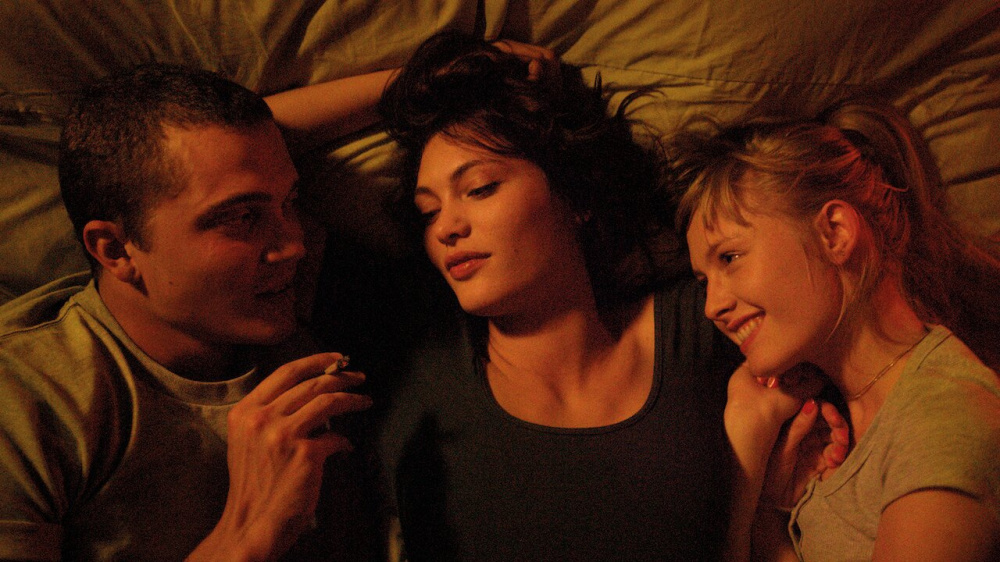 The public debate around intimacy tends to be particularly fraught in Poland, with discussion extending not only to subjects like sexuality, but also its portrayals in art, film, and advertising. And while Poland has seen its share of campaigns centering body positivity and sexual self-acceptance, it might seem that many creatives and producers still lack the necessary capacities to create intimate scenes that would be both purposeful and authentic.

We talk about the need for truth and consent when shooting nudity and lovemaking with intimacy coordinator Marta Łachacz, tasked with ensuring actor safety and wellbeing on set.
Ola Sobieraj: The term “intimacy coordinator” is fairly new to the film industry. Could you explain what the position entails?

Marta Łachacz: I’m an advocate and liaison between actors, creatives, and production for intimate scenes, that is scenes requiring nudity or simulated sex. I work on choreography, help work out compromises between the actors and the production, and draw up on-set rules for shooting those scenes. Aside from that, I also work with costume designers and make-up artists on actor safety.

Why are we still so afraid of sex scenes in Poland?

As a people, we’re still very much embarrassed by sex. We don’t know how to talk about it with our loved ones, so in professional settings these feelings are amplified manifold. We’re also burdened with a lot of stereotypes that constrain and frustrate us, both our actions and our fantasies.

How do you go about your mission?

I put a lot of emphasis on the preparatory phase, meeting with both actors and the production stuff. Working out a choreography is key, as is talking with acting talent about consent for touching, nudity, as well as specific positions and movements. I feel like I succeeded in my mission when the actors involved in a given intimate scene feel comfortable and safe on the set.

What’s the most important thing on set?

Aside from straightforward and genuine communication, actor consent is absolutely paramount. Creating an intimate and safe atmosphere is also key, and can be accomplished by closing sets, providing modesty garments and prosthetics, and having an intimacy coordinator present on set for the scene.

How do you ensure actor safety?

We talk honestly about what the scene entails, and we remain open to their experiences and emotions. We provide space for them to talk about what’s difficult for them, how they see a given situation, and how they feel about the scene itself—if there’s tension there, we work out a compromise to put in place for the shoot, which preserves the original vision of the director while respecting the boundaries of the actors.

What’s the biggest challenge a director may face when shooting intimate scenes?

Communicating clearly about the scene itself and being fully honest with the actors. Empathy and sensitivity are absolutely essential here.

What about the actors, what’s the biggest challenge an intimate scene may throw at them?

Given my experiences, I’d say overcoming self-consciousness and certain body-related embarrassments, as well as the ability to desexualize the situation, that is realizing that the sexuality brought to the scene is the characters’, not the actors’. We also discuss the sexuality of characters early on in the process—to do that, we try to answer a series of questions: How does the character see sex? What are their expectations? What shaped their sexuality? What are their fears? Preferences? What drives them to engage in sexual activity?

Durex is a partner of the eight edition of the Papaya Young Directors competition and has been a major presence in the contest for the past three years. This year, emerging filmmakers will once again have the opportunity to tell their own story about sex and offer their own original interpretation of a brand that has long championed safe sex and being open toward one’s own sexuality.
We use cookies to ensure that we give you the best experience on our website. This includes cookies from third party analitycs system. You can change your cookie settings at any time.
Find out more
Accept