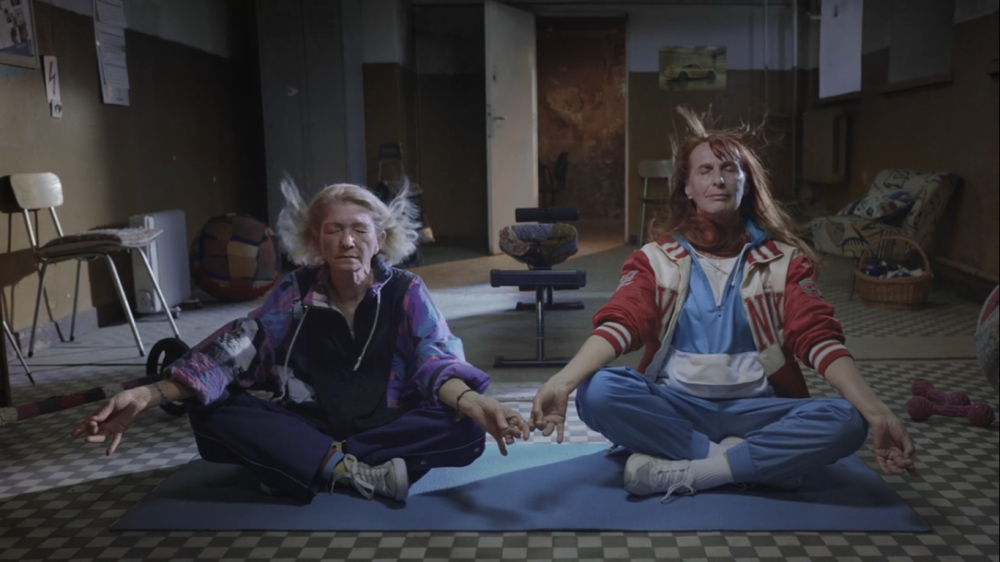 ROBERTO CURA&MARTA KACZMAREK ŻYWIEC MĘSKIE GRANIE ROBERT CICHY MUSIC VIDEO “SMACK”
Marta Kaczmarek and Roberto Cura have won Best Music Video award at Short To The Point film festival with the promo they made for Papaya Young Directors competition!
Witty music video starred with two elderly ladies doing their workout is not necessarily something that you imagine listening to blues. Yet this is something that Marta Kaczmarek and Roberto Cura created for Robert Cichy’s „Smack” song at 6th Papaya Young Directors edition. It turns out that not only our jury gave the duo credit for such an unobvious idea. Marta and Roberto were just announced the winners of the Best Music Video category at Short to the Point film festival in Bucharest.
Not bad for the film-rookies, huh?

The artistic duo got inspired by the film world and soon after the competition finale started working on an unusual project – We are currently working on a social project “sphere:plasti” which talks about the overproduction of plastic. A big part of the project is based around a film. We decided on an experimental film format. The music for the film is done by Ramona Ray. The project goes way beyond the audiovisual however, we will be organizing events, happenings, and actions to increase awareness - says Marta and Roberto.

We couldn’t be more proud! Congratulations and keeping our fingers crossed for the future projects!
Here you can see their music video:
ROBERTO CURA&MARTA KACZMAREK ŻYWIEC MĘSKIE GRANIE ROBERT CICHY MUSIC VIDEO “SMACK”
We use cookies to ensure that we give you the best experience on our website. This includes cookies from third party analitycs system. You can change your cookie settings at any time.
Find out more
Accept