Christmas in advertising. Case studies of success through the eyes of directors 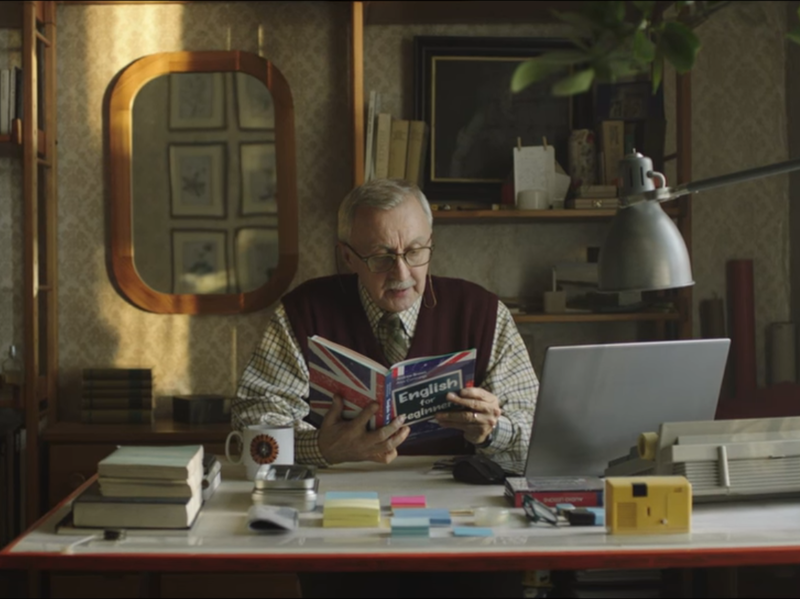 There are certain rules concerning Christmas ads. Their job is to tell an emotionally gripping story where the brand is nothing more than a starting point. How to create a Christmas ad that will be remembered for years to come? Let us hear the answers of directors - Florian Sigl, Karolina Lewicka, Hanna Berisevic and Mario Mlakar.

Florian Sigl: My favorite Christmas ad 2018 is the John Lewis Elton John commercial. It shows beautifully what each Christmas campaign should strive for - the audience needs to be touched. You need to get goose bumps, butterflies in your belly, ideally even shed a tear. This is what Christmas commercials are for - they are the condensed version of all your hopes and dreams when you think of a perfect Christmas. You do not always need a huge budget and Elton John for that but this film shows that both of those elements can actually be  quite helpful.
The story and the brand
FS: Elton John is probably one of the most famous British citizens and John Lewis a British brand with a decades-long tradition of great Christmas ads - simple as that. Of course there is a real, beautifully told story about how a great present can change a whole life of the person who receives it - in this case, the receiver is little John and the gift is the  piano.

Weaker points?
FS: If there is a weak point in this ad, it is that they wanted to show it all and to literally compress a whole life into one commercial. Sometimes less is more and maybe, just maybe, a little less would have been at least as nice.

Karolina Lewicka: Obviously, I choose the Allegro ad, it moves me a lot. The film is about the loneliness we feel when we are old. It beautifully captures the essence of what it is to miss your family. It shows what Christmas is all about - the dream to get to see his granddaughter can make an elderly man feel motivated and alive. He embarks on two journeys - one, a metaphorical one, is learning a new language and the other, a literal journey, is going to see his son who lives abroad. The protagonist of the film is brilliant, I love him. The director managed to build this character in a few skillful strokes of brush. We learn a lot about the character: we know who he is, what is his family situation, how he lives, what is his personality like. It all seems very real.
The story and the brand
KL: The brand Allegro plays the role of a force that helps to connect a family and make an old man's dream come true. First, the protagonist buys an English workbook on Allegro, then he uses the platform to buy a suitcase. Thanks to Allegro, the elderly man is able to embark on a metaphorical and literal journey, which is not so easy when you are not young.
Weaker points?
KL: I do not really see weaker points here. Maybe the bathtub scene is a bit too much, but I believe that it is perfectly OK to go a bit over the top in an ad.

Hanna Besirevic: My favourite Christmas commercial is Sainsbury’s The Big Night. Its sense of humor is unique. Nothing pierces me through more than that. The children are amazing and give us courage. The strongest part is the message at the end.
The story and the brand
HB: The brand is telling me who they want in their shops. the target audience is women and children.

Weaker points?
HB: The black and white on the audience changes, I guess they did that to show how the audience transforms. but I do not feel it is necessary. Actually, it seems a bit out of place. But the commercial is so good that it does not really matter.

Mario Mlakar: Jamming such a convincing little world into only 180 seconds is not an easy task. From a stellar cast placing this casual mid upper-class in the fantasy realm of the Claus, branding in the "MrS" letters and the name, little details like props with puns (Fifty shades of Red), to a nice playing off of the contrast of fantastical against documentarian styles - the atmosphere and overall feelingdraw you relentlessly into its magic. I think it is partly because of the superbly done casting, with Mrs. Claus magnetically standing out. "Love Jake, age six but seven in less than two weeks" - little gems like these add a lot of character!
The story and the brand
MM: Marks and Spencer takes on the form of Mrs. and Mr. Claus endless repository of items, which for the young male lead means pure wish fulfillment through a warm fable of redemption and new red sneakers. And of course, who can be indifferent to the secret agent worthy performance of the lead female role, from opening secret doors in the living room to snatching away at Christmas cookies.
Overall, the film has more than enough memorable sequences and leaves a gingery, Christmassy, "Home alone" vibe that always hits the right spot.
We use cookies to ensure that we give you the best experience on our website. This includes cookies from third party analitycs system. You can change your cookie settings at any time.
Find out more
Accept